Autumn is the earth announcing its own impending sabbath, or it ought to be: the leaves lighting up in their familiar array of crimson and gold, the light fading earlier and earlier each day, the last of the small green figs on the tree in the backyard turning a streaky purple.  Here, the earth is saying, I will not leave you without this particular beauty, but I am going to lie fallow for a time, let you enjoy the warmth and bounty of each other from your windows while I lean your half away from the sun and your southern brethren towards it. Good night and good luck, see you in the spring.

This isn’t quite true, of course.  Mycelia continue to snake beneath the soil; perennial bulbs assemble the shoots and sprouts that will reveal themselves after the thaw; animals digest the fat they store up in the fall to sustain them until the planet tilts again.  Still, at least it’s poetic, a nice story to tell over pumpkin spice lattes in our chunky sweaters, the ones that will look heavy and tired by March.

The actual state of things is a bit more complicated.  We wrapped up a four-part series, structured around the four classical elements of water, fire, air, and earth, this week at church as we listened to the Gospel of Joni Mitchell: Don’t it always seem to go/that you don’t know what you got till it’s gone?  Do we?  One of the major lessons from the series has to be that there is no rest for the church around climate.  If life on Earth actually becomes too grueling for a critical mass of humanity, Pastor Dwight asked, how is the Christian church to respond?  The Bible, ambiguous to be sure on a great many things, is clear on this much: the Second Coming is not a reprieve.  We will not be spared the consequences of our greed, our shortsightedness, our apathy—not by the planet and not by God. 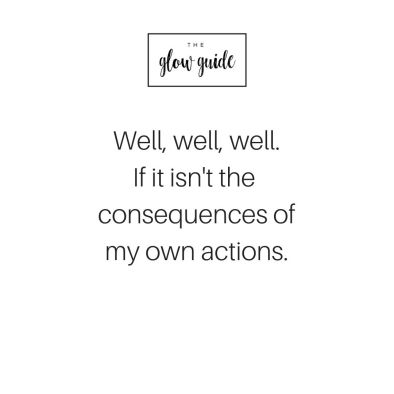 I probably shouldn’t be surprised by this.  If there’s anything that I’ve learned from the first sixteen months of parenthood, it’s that rest is expensive—when it’s even possible.  And when it comes—say, when my beloved spouse takes my beloved child to the children’s library so I can focus on the church service enough to actually think and write about it—I still find myself thinking about her; namely, about the world my parents left me and that I’ll be leaving her.

I haven’t listened to the news in almost two months now.  It all became too much when we withdrew from Afghanistan, leaving behind so many who put their hope in us despite our leaving a trail of dead roughly thirty times greater in size than that of the 9/11 attacks; when the state of Texas announced open season, to the tune of $10,000 bounties, on women seeking abortions, including the young and the poor and the undocumented, the vast majority of whom already suffer the effects of subpar medical care and poorly-compensated labor and casual and not-so-casual misogyny and, certainly, climate change.  It was all too much, and with my daughter in the room, scooping yogurt with her fingers and stuffing her mouth full of banana chunks, I couldn’t do it anymore.  I couldn’t look at her and hold the pain of the world at the fore of my mind and heart.  I didn’t, and still don’t, know what to do about it.  I walk where I can, take my reusable grocery bags to the store, wash out the yogurt containers after she’s scraped them dry, convince myself I don’t need a new phone yet—still the enormity of the task remains.

It’s worth noting that the climate is not an issue: it is part of everything, life itself.  Water and fire both cleanse and consume; air and soil give and take away.  George Floyd and Eric Garner died gasping for air and now lie in the ground, as did the vulnerable and the manipulated and the poor who died of COVID-19.  It is irrelevant to exactly no one, a fact that has forced climate denial to irrelevance in and of itself.

When we took Communion at the beginning of the month, Pastor Dwight reminded us that communion in the United Church of Christ is open to all—a way of saying, to everyone in the space, You are relevant to us.  You are worthy—more than that, really; if Jesus was here, presiding over the meal as he once did, he himself would deem you worthy, as he did anyone and everyone who sought to break bread with him.  In the same way, the work of faithful people around climate is a way of saying that everyone and everything is relevant, within creation and beyond it; that the poor and unlucky shouldn’t shoulder the burdens of rising seas and clogged air and poisoned soil and rampant flames alone.  The salvation offered by Jesus is not merely individual—it is collective, a life and death that reminded us, It doesn’t have to be this way.  When Lazarus died, Jesus mourned alongside his loved ones before he, somewhat stunningly, asked for the power to raise his friend from the dead.  It’s not magic—it’s solidarity, humbling itself before God, that brings divine power into broken life and ignoble death.

I wish I could end this post neatly.  I wish I knew what to tell my daughter after all this—what I’m doing, what the church is doing, what still needs to be done.  For now, all I’m doing is trying to walk on the earth more lightly, no easy task when everything comes wrapped in yards of plastic from the hands of underpaid workers.  For their sake, because they are humans, because they were once beloved babies who raked squashed fruit through their fine flyaway hair, because Jesus died for them, I have to pause before I click, before I toss, before I start the car.

Maybe this is our work.  Maybe, if we can repeat the pause over trillions of times, if we can lengthen it to days and hours and weeks and whole seasons—maybe one day there will be good news on the climate; maybe one day we will be able to enjoy the colors of the seasons, of the four elements with whole hearts and open hands again.